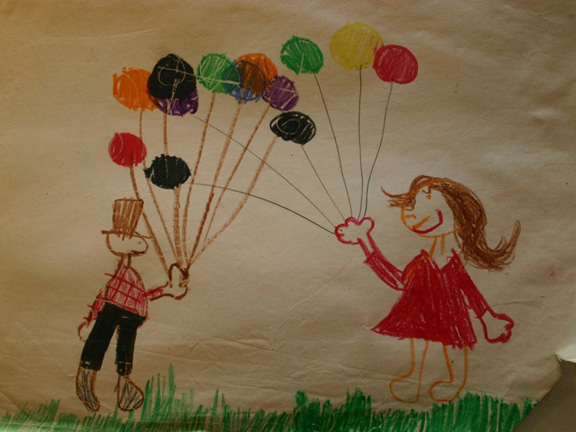 Kary Lamb, Grade 2
BACK IN THE DAY
As a kid, if Kary wasn’t in her back yard painting backdrops on her sliding glass door, or tapping at her typewriter, she was most likely directing (bossing around) the neighborhood kids in one of her screen plays. After receiving a BA in Communications from Washington State University she landed a job as an art director, because she liked the bossy part. But when Kary started hiring illustrators she realized she might be on the wrong side of the desk. After taking a painting class, she discovered SCBWI and won an LA portfolio award at her first conference. Five picture books and a Mom’s Choice award later, she’s never looked back.
Her most recent project, COVID-19 Helpers is an e-book sponsored by Emory Global Health Institute. Partnered with author, Beth Bacon, the duo were Grand Prize Winner's in EGHI's hackathon competition. Their story addresses children's questions about the Corona virus pandemic. She was also awarded a 2020 Region VIII CASE Gold Award for her cover illustration for UW Medicine magazine (No One Dies Alone, Stephanie Perry). Additionally, Kary has been featured in her alma mater's Washington State Magazine and received a Mom's Choice Award for her trade book, Dizzy. You can find her books on Amazon or here.
THE BASICS
Kary currently splits her time between her day job as a graphic designer for UW Medicine Advancement in Seattle and illustrating kid's books, editorial projects and commissions. She lives in West Seattle with her husband Charles and a backyard bunny.
Contact
Thank you!
↑Back to Top